Exploring Idaho and the Sawtooth Mountains

Three of us were up at the crack of dawn to begin our hike to hell roaring Lake. Our original plan was to hike up to Alice Lake, but was called off due to deep snow still on the trail. This was still mid July and there was still too much snow pack on that trail. So we settled for Hell roaring Lake.

Round trip this hike is about 10 miles with 607 feet of elevation gain. We started out at the Hell Roaring Creek trail head. The trail starts out with a series of switch backs which finally levels off for most of the way on to the lake. You are pretty much following to the right of Hell Roaring creek most of the way with a series of marsh bogs full of mosquitoes attacking you most of the time. They were really bad this year and never let up and were even worse at the lake. Take a few cans of repellent, because you are going to use every bit of it.

I seem to always be overloaded with gear since I am taking both camping and photo gear, and by mile 2, I start to question why I bring so much along with me. But I counted ounces and streamlined it pretty good. One camera, two lenses, a carbon fiber tripod and some filters. The rest is minimal camping gear. I started hiking and training for this trip back in March so it was not that big a deal for me.

We camped right near the lakes outlet which is the most picturesque spot. I shot sunset, night time and sunrise for around different spots in this location. Another highlight of the trip were three old timers in their 70’s that are from the area camped near by. They have been hiking and camping in the Sawtooths together every year for the past 50 years. They were a great group of people to meet and talk with.

If I had this hike to do over again, I would have driven on up to the upper hell Roaring lake trail head on a 4WD road and shaved off 3 miles of the hike. But the group I was with was not and daring as I was about damaging their cars. Would have been great to have the time to hike on up to Imogene Lake. But we also had a lazy family member we left back at the cabin to worry about. So mistakes like this will never be made again.

Seeing as I have made 12 different trips into the canyons of Utah, I know I will be back many times to explore Idaho. 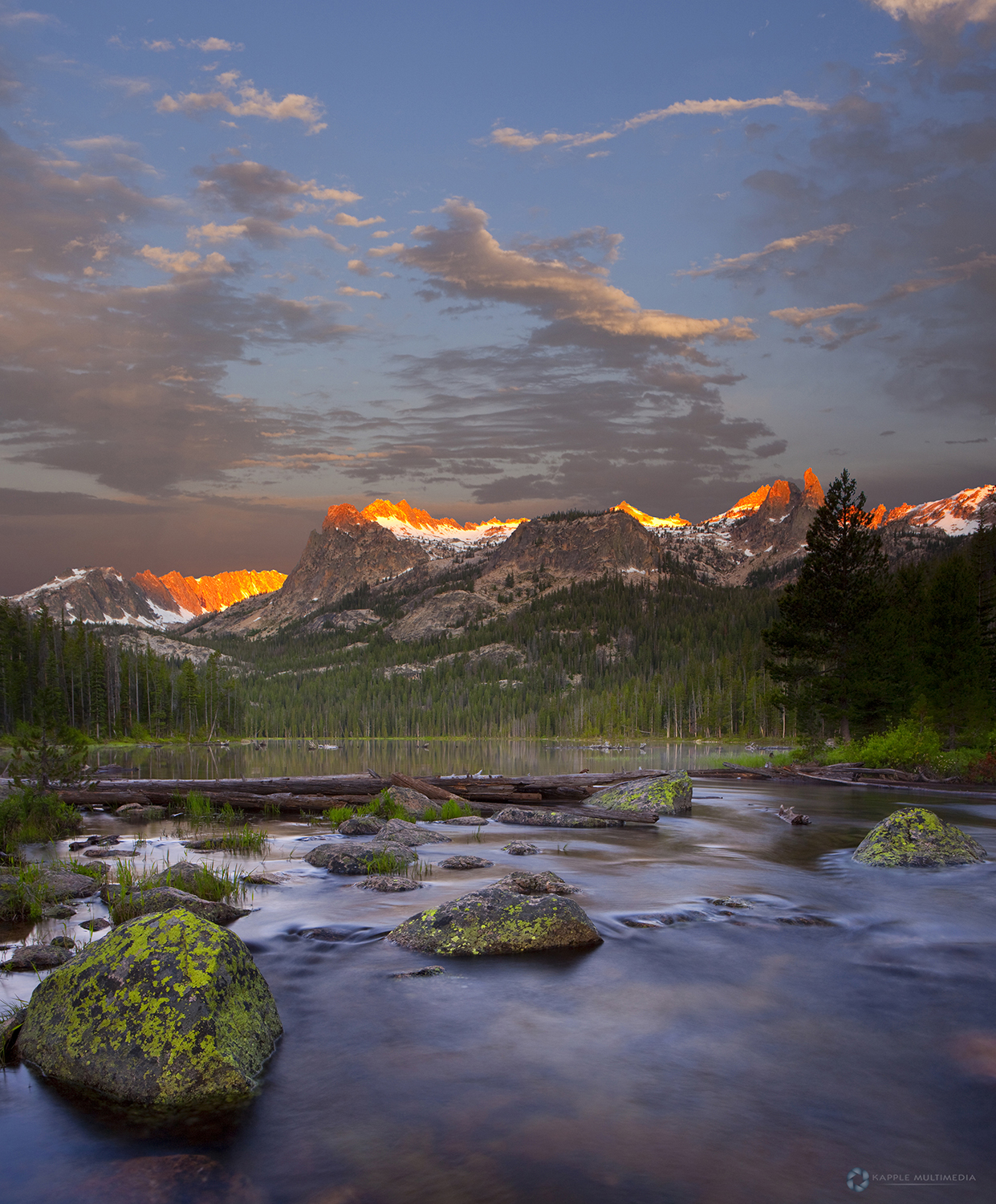