The Chalk Pyramids and Monument Rocks in Kansas

I got to spend Halloween way out in far western Kansas this past weekend at The Chalk Pyramids and Monument Rocks. This was my second trip out there. The first trip was during the summer months on a moonless night to photograph the milky way. For lighting up the rocks we used plain old Coleman lanterns. We spent two nights out there photographing as much as possible.

During our second trip, we had planned on doing a nice photography workshop out of Dallas Texas and go first to Lighthouse rock formation at Palo Duro Canyon. Then head to Monument Rocks in Kansas the next day. But it was turning into an overcast day there so we decided to head on into Kansas.

We had a half moon which is perfect to help light the landscapes without the need of all the lighting gear I carry with me. We spent the first part of the night shooting stills and then set up the cameras to shot time laps and got a lot of good shots with start trails.

It’s a nine hour drive to reach the Monument Rocks National Natural Landmark from Dallas. Since we were heading up hwy 287, we cut off from there and over the Texas and Oklahoma Panhandles for a straight shot new Garden City Kansas to eat. Then continued on to Monument Rocks. 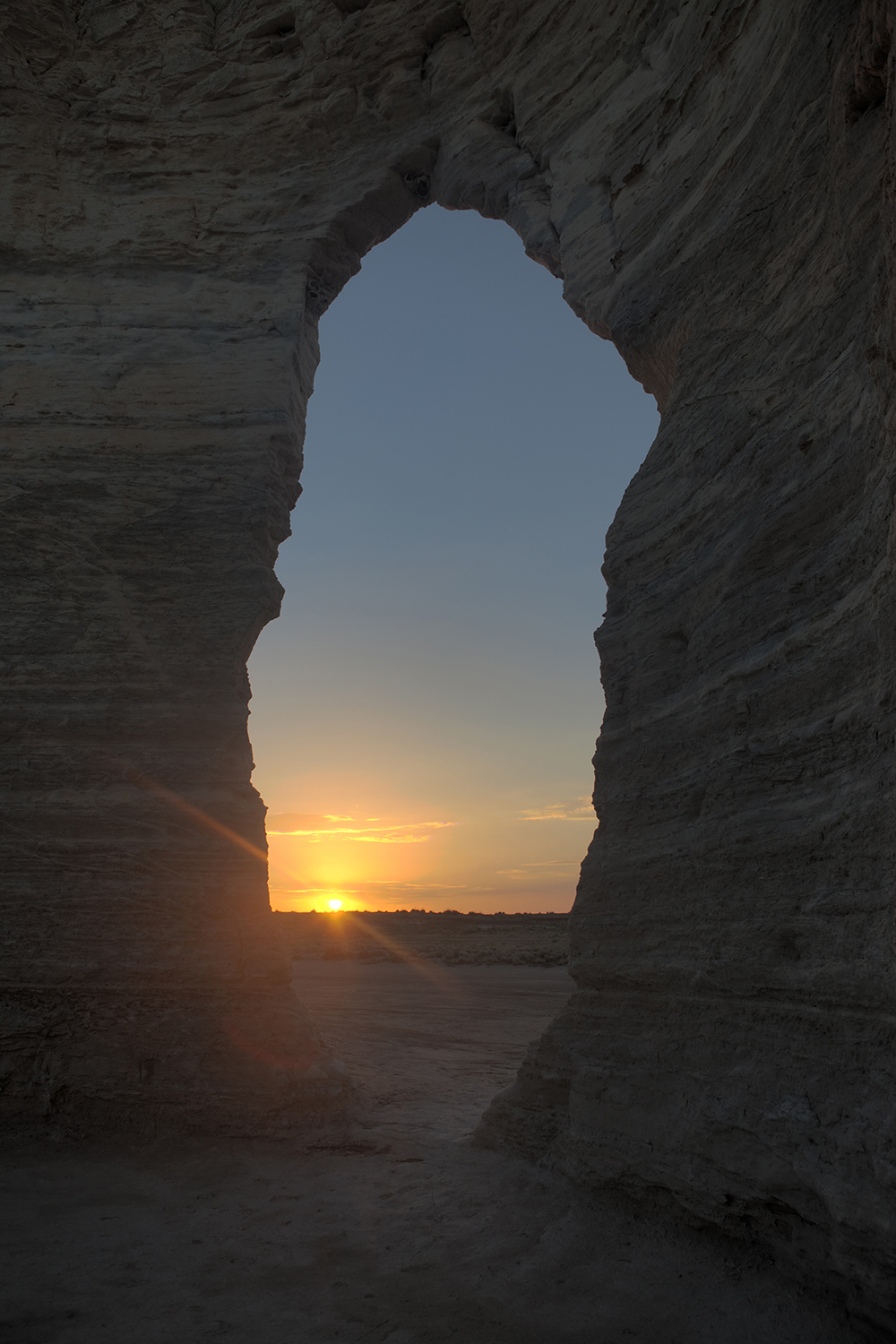 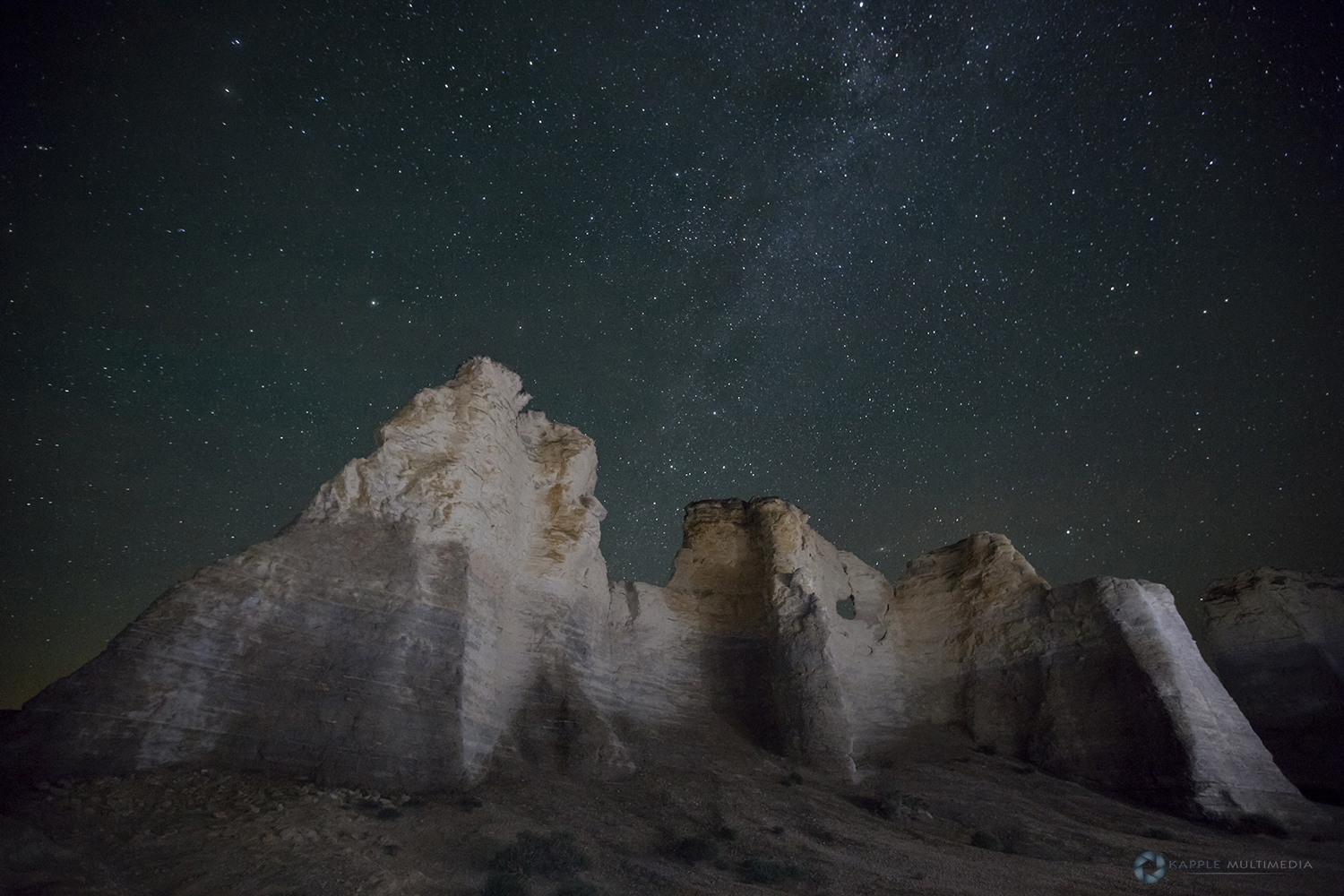 The chalk formations reach a height of up to 70 ft. and include formations such as buttes and arches. They are estimated to have been formed 80 million years ago.

Their coordinates are 38°47′26″N 100°45′45″W. If your coming from Dallas Texas, I suggest just heading up I-35 and catch I-70 and exit 76 near the town of Oakley. Otherwise you will fight on two lane roads crowded with semi trucks and long stretches of absolutely no services north of hwy 287. Numerous little towns and speed traps along the way. So I drove I-70 to I-35 going home where I could drive 80 and 90 along the way and spent about the same amount of time getting home. 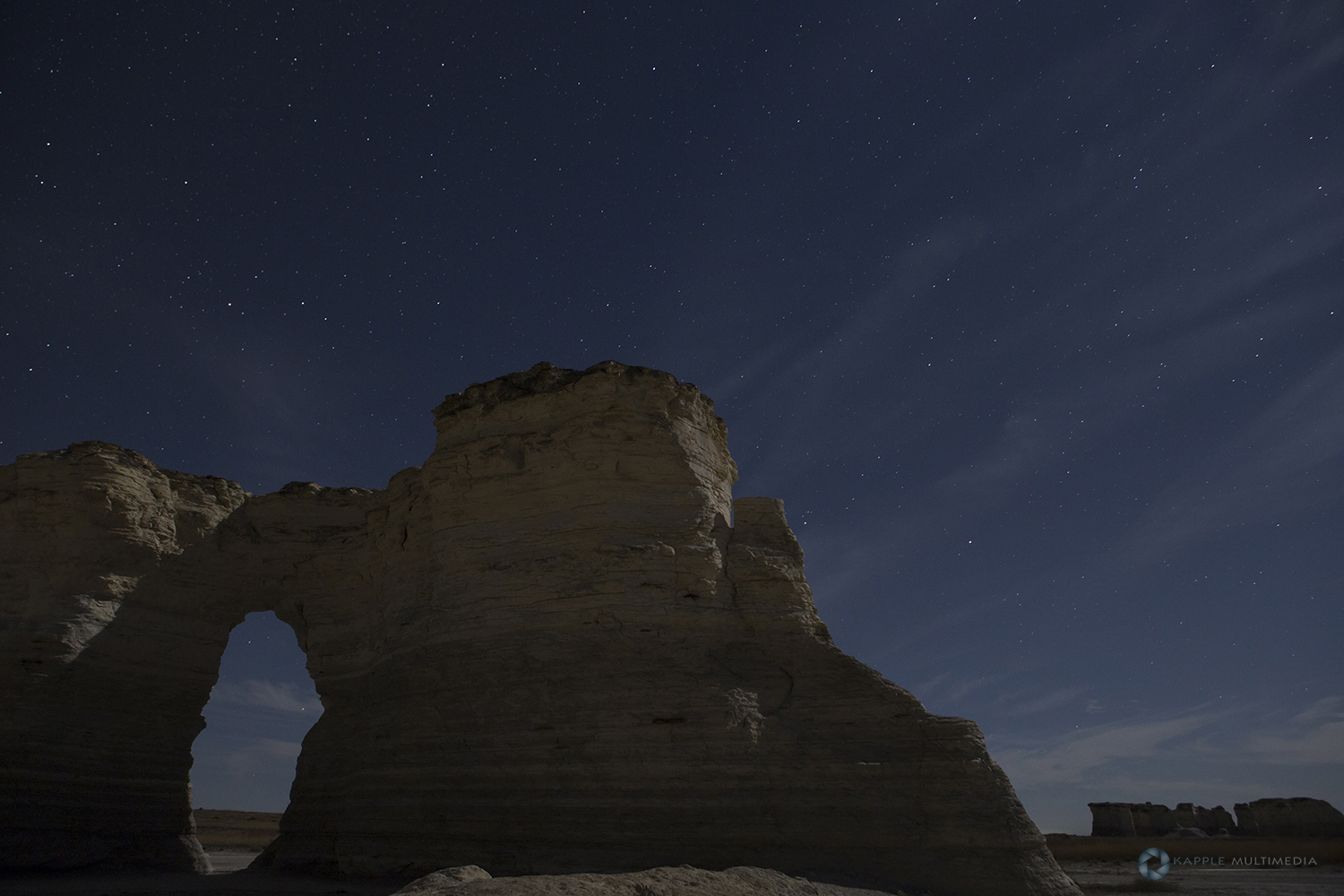